The sheer size of Russia means that winter varies massively depending on the region and the snowfall. Southern regions remain temperate and green, in contrast, Siberia and the Far North are ravaged by the elements with snowdrifts up to 3 meters high. If you crave snowdrifts and brilliant ice in crisp air, if you love skiing, skating or snowboarding, you’d do well to head to one of the following destinations.

Why go? The magical Northern lights

Polar night falls in November and lasts until January over the Kola Peninsula. The sun rises for a few short hours each day: pink and violet light are quickly followed by dusk. During the darkest winter nights, you have the opportunity to see the surreal, unearthly northern lights on the Kola Peninsula your best bet is the village of Teriberka.

The road from Murmansk to Teriberka during this ice-cold season is tricky due to the snow, but you’ll be rewarded with 130 kilometers of scenes straight out of a winter fairytale: snowy deserts and hills, frozen trees and endless tundra. In Teriberka, you can chase the northern lights after nightfall, and stroll along the edge of the unfrozen Arctic Ocean during the day. By the way, we’ve written a detailed guide on how to see the northern lights: did you know that they appear brightest during strong magnetic storms?

How to get there: by plane from Moscow to Murmansk (2.5 hours) 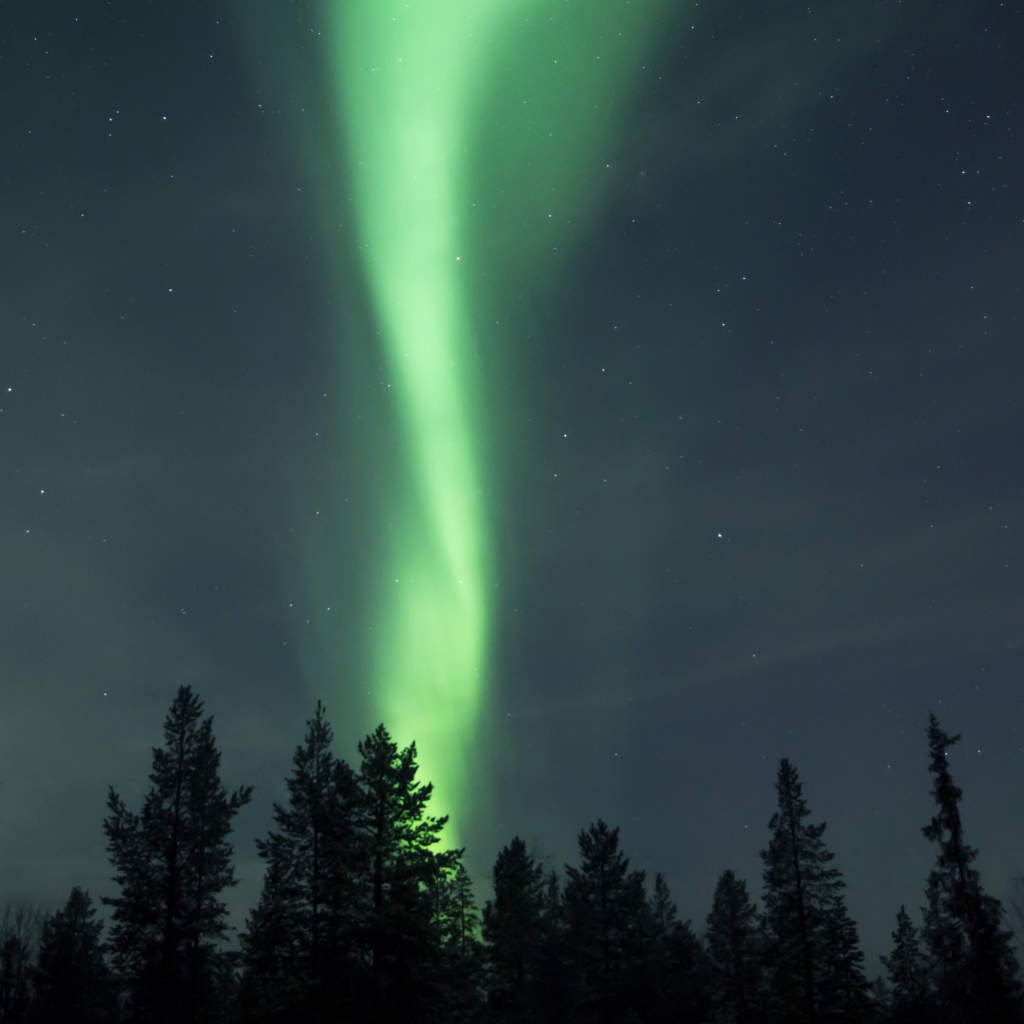 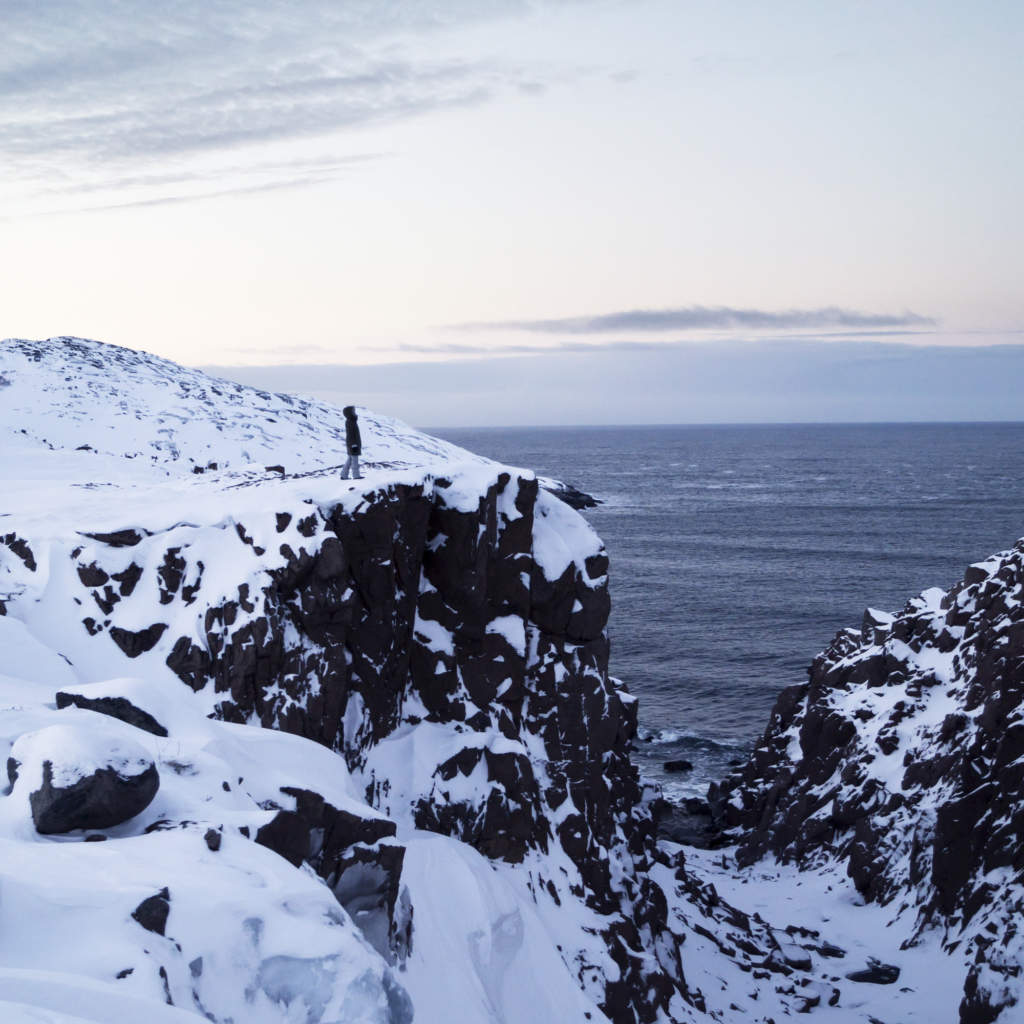 Why go? Skating on the deepest lake in the world

Winter in this part of Siberia last 6 long months, from October through to March, during which time there is a whole host of activities to keep warm at Lake Baikal. You can go skiing or even fishing, as well as swimming in thermal springs and – the best reason of all – skating on the lake’s smooth, crystal-clear, blue ice. Only in winter is it possible to reach Baikal’s secluded bays and to wonder at the mysterious patterns on its surface. Lake Baikal’s ice is so thick that you can even drive a jeep on it!

How to get there: by plane from Moscow to Irkutsk (5.5 hours) 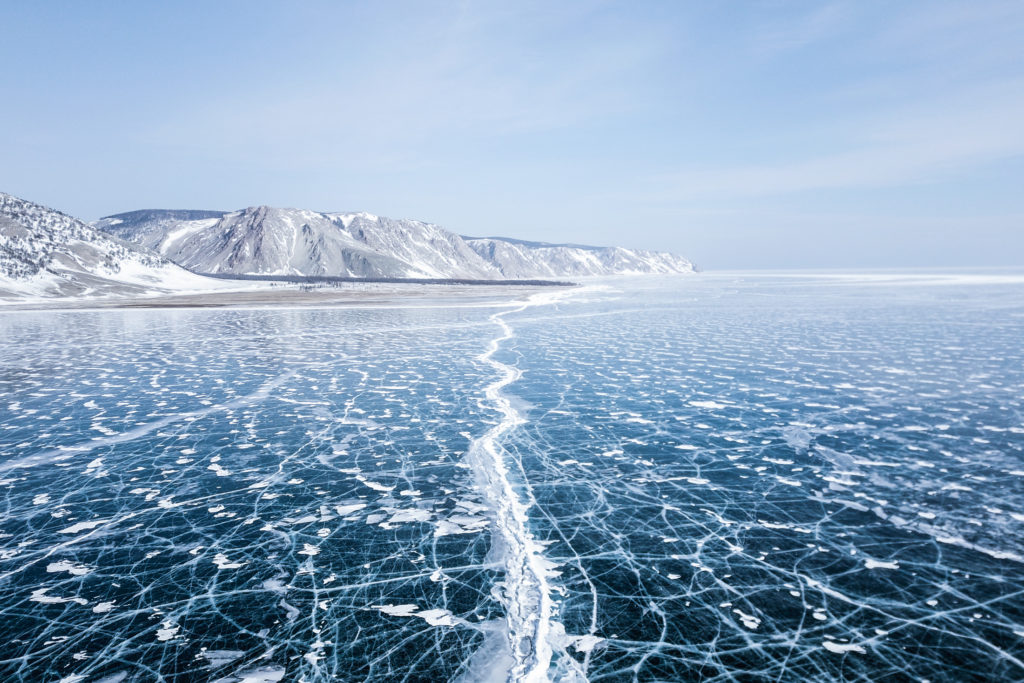 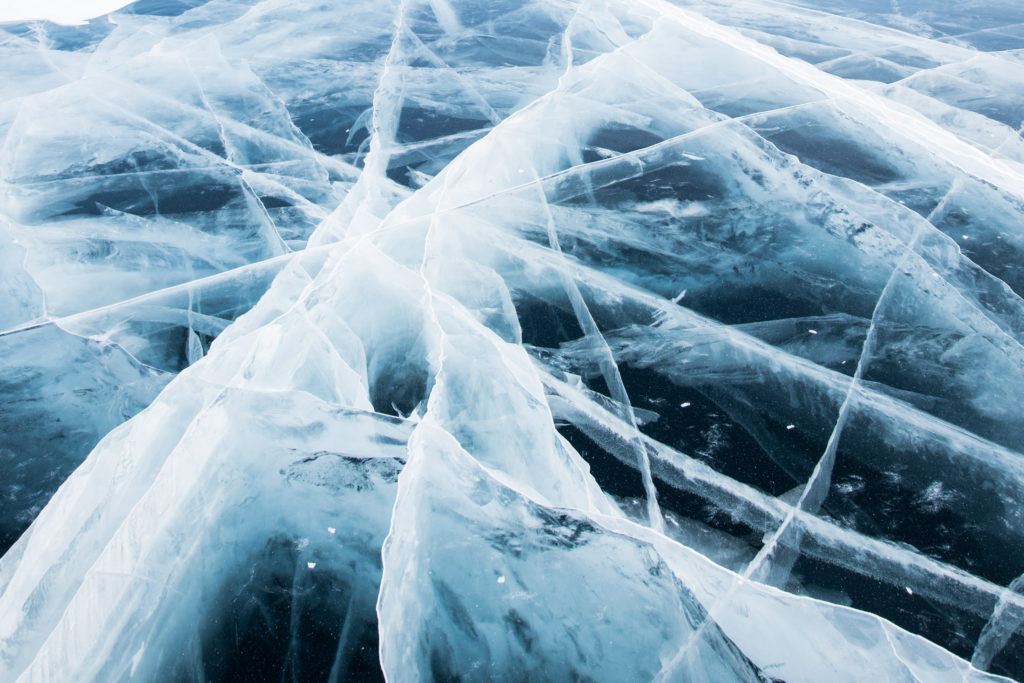 Why go? Ski down volcanic slopes and swim in thermal springs

Come wintertime, Kamchatka gets even more interesting. The landscape is unusual with the rivers frozen over and the solemn volcanoes capped in snow. What’s more, there are some excellent things you can do only during the winter season: one is heli-skiing, which involves flying to the highest peak of a volcano by helicopter then skiing or snowboarding your way down, with phenomenal views over the ice-free Pacific Ocean. Afterwards, you can relax in the thermal waters at Paratunka hot springs in the open air under wintry skies, surrounded by snow.

How to get there: by plane from Moscow to Petropavlovsk-Kamchatsky (8 hours) 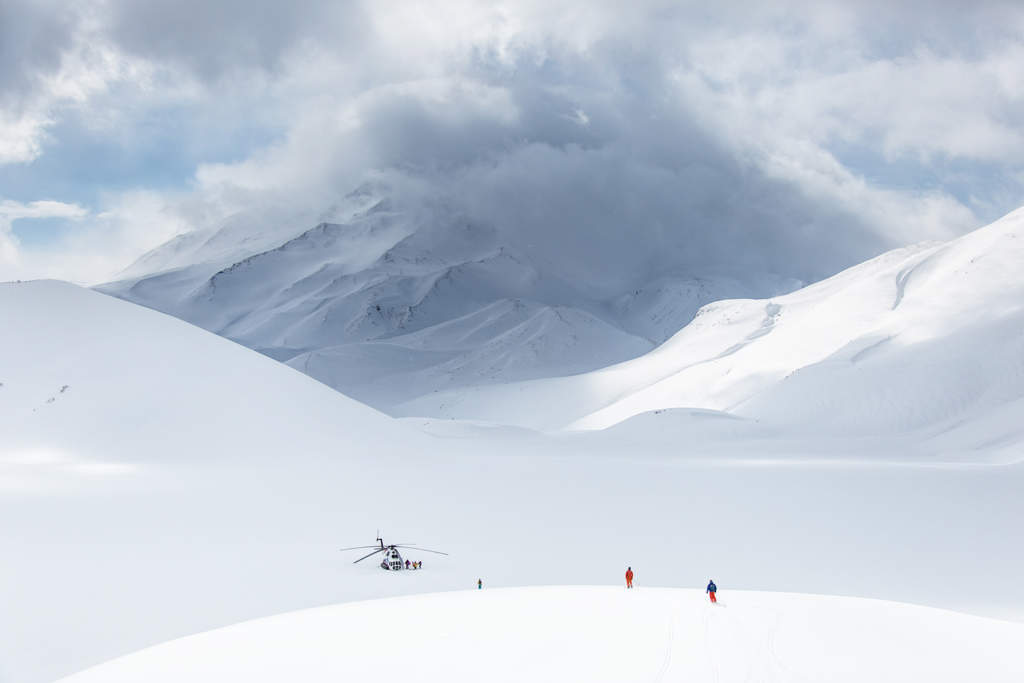 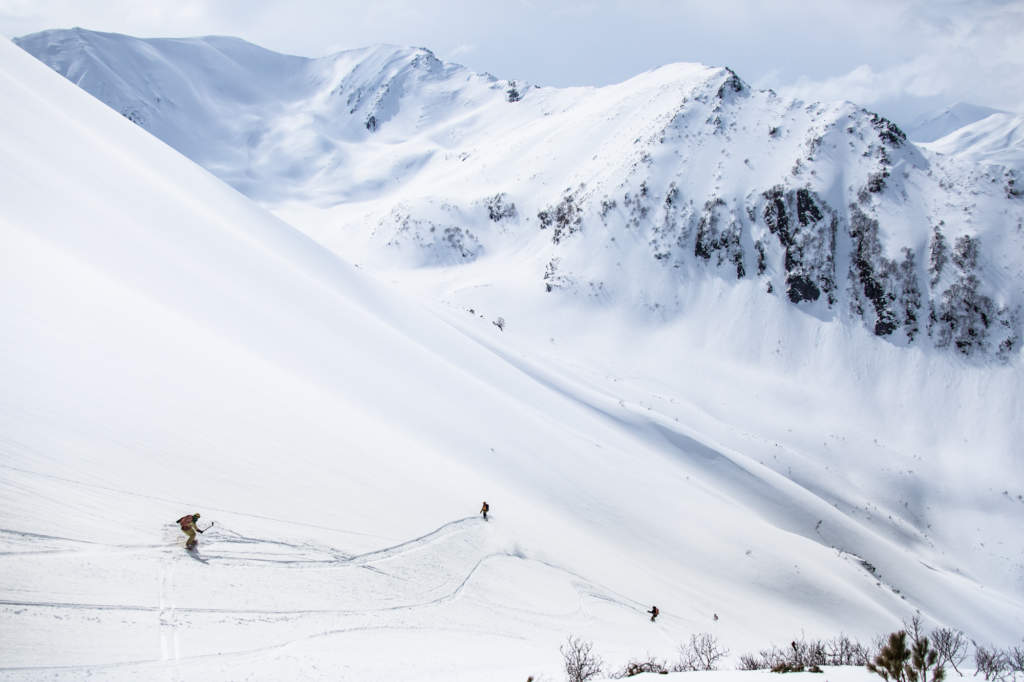 Why go? To live in the world’s largest forest disconnected from civilization

For a total escape from reality in winter, you need to go deep into the Siberian taiga forest. This is a real expedition requiring courage and stamina. If you’re up for the challenge, come and spend a week here – there’s no sign of civilization, not a soul for miles, only snow in all directions, among lofty mountain peaks and the innumerable, graceful firs. Explore the Siberian taiga with NFR Travel: you’ll go to the mountains on a snowmobile, climb up a glacier in the Kuznetsk Alatau Nature Reserve and see the biggest snowdrifts you’re ever likely to see!

How to get there: by plane from Moscow to Novokuznetsk (4.5 hours) 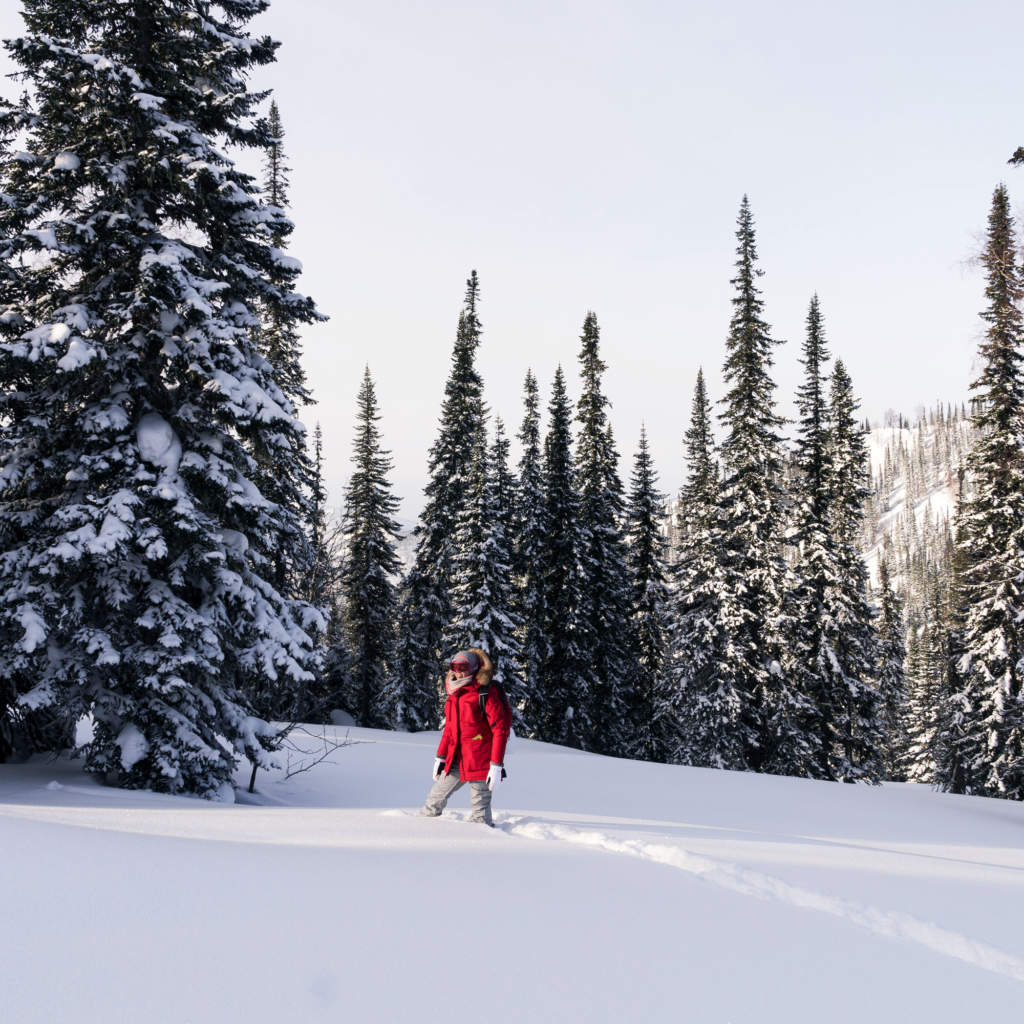 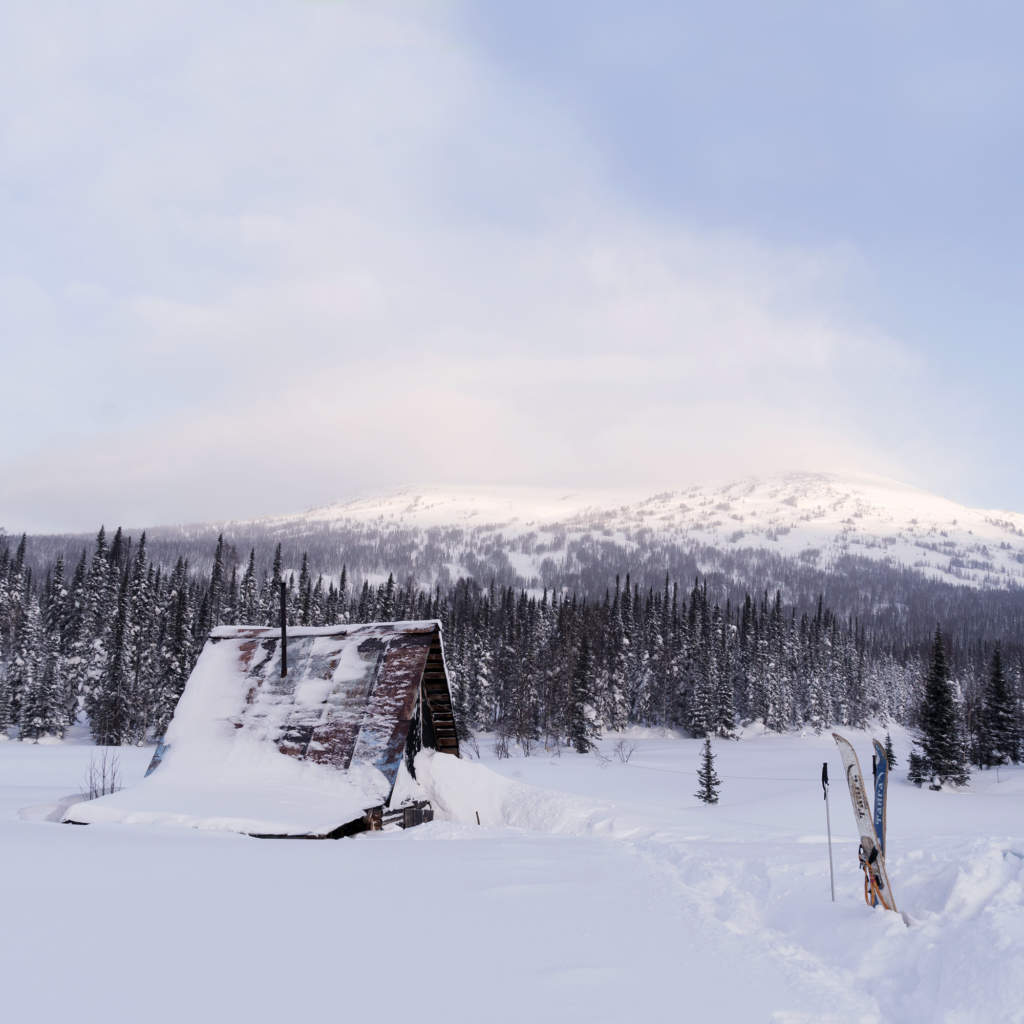 Russia boasts more than 50 ski resorts, and in some the season lasts for 6-7 months. In the south of the country, at Krasnaya Polyana in Sochi, there are three resorts: Rosa Khutor, Gorki Gorod, and Gazprom. They all offer top quality skiing with pistes of varying classification. Off the slopes you’ll enjoy the abundant après-ski as much as the skiing itself, not to mention the mild climate.

Siberia’s Sheregesh resort is the largest in the region. It’s an up and coming place and plays host to ubercool events including the famous Grelka Fest spring festival, during which parties hardy of skiers descend the slopes clad in carnival costumes and swimwear! The climate here is not exactly mild, but the snow season lasts for almost 7 months, from November right through to May so you can expect lots of snow. 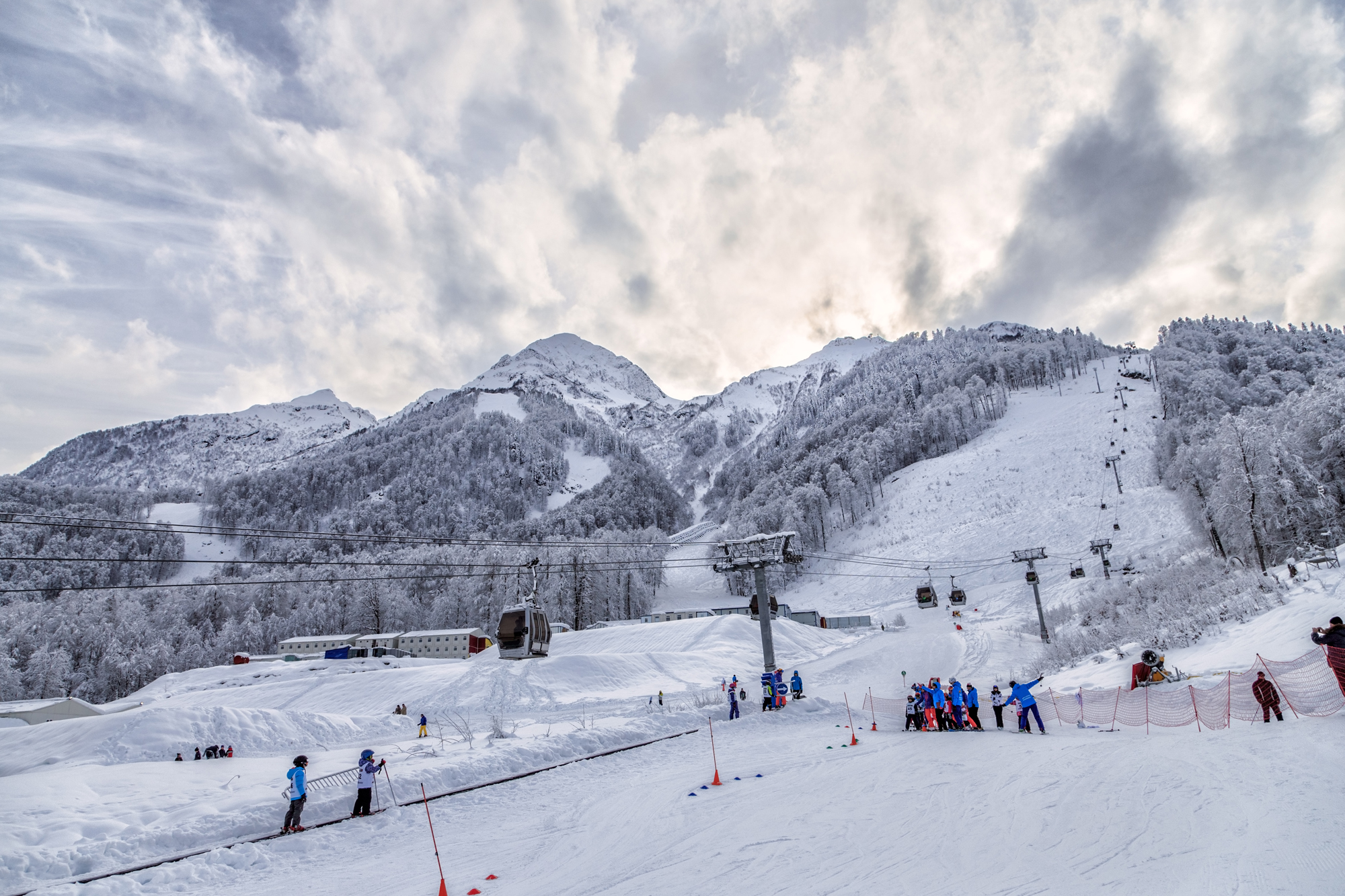 Why go: To see the nature of the Arctic

Well within the Arctic Circle, the Putorana Plateau is one of the most inaccessible, yet scenic areas in all Russia. A UNESCO World Heritage site, Putorana is a high-lying basalt plateau standing as an impregnable fortress. Across its vast territory there are thousands of lakes and waterfalls, with copious evidence of the indigenous inhabitants’ shamanic worship. Winters in this region are harsh to say the least, with temperatures plummeting below -40°C (exactly – 40°F, too).

But it’s only at this time that one of nature’s most beautiful wonders happens – icefalls. Whilst they resemble their waterfall cousins, icefalls are in fact steep parts of a glacier where deep crevasses have formed as ice shears off and falls downstream, so to speak, hence they look like waterfalls that have frozen in action. Similarly magnificent are the awe-inspiring, magical northern lights!

How to get there: by plane from Moscow to Norilsk (4 hours) 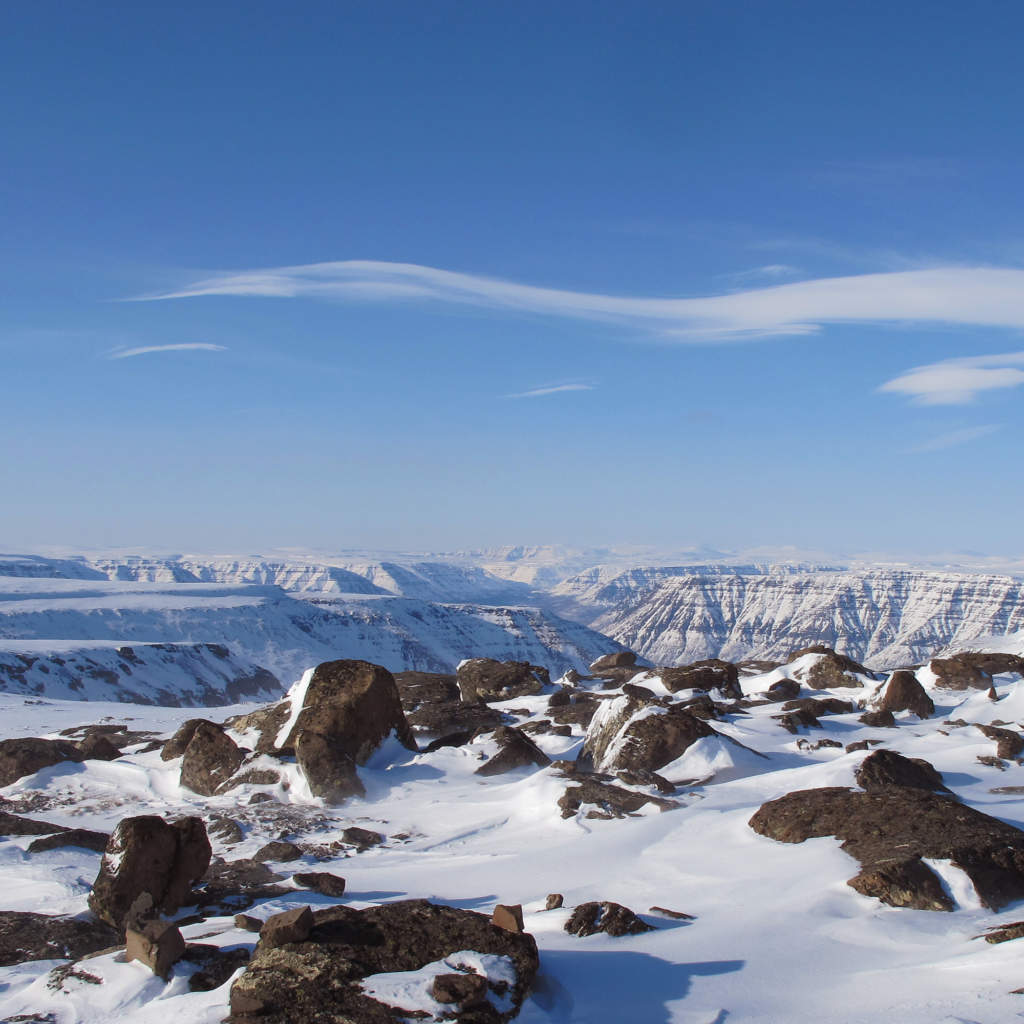 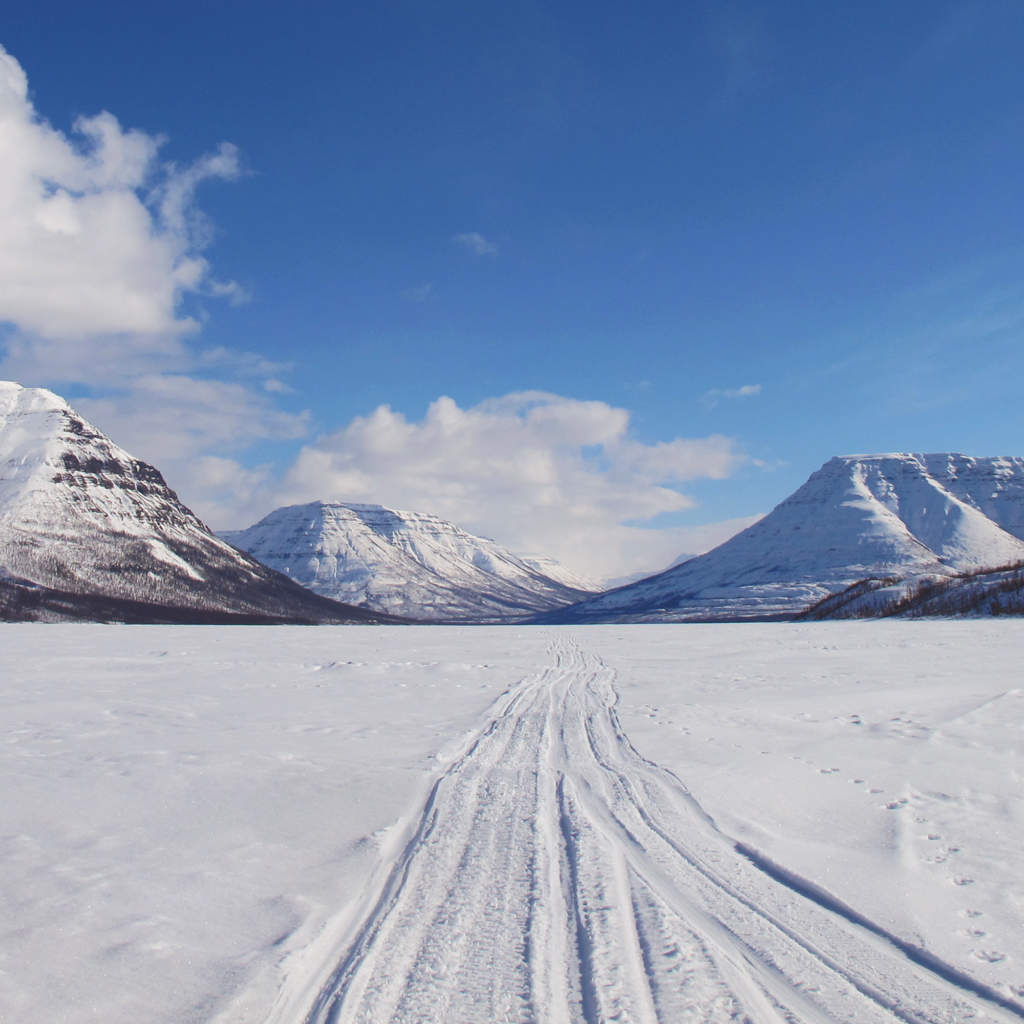 Why go there: A tough challenge in the land of permafrost

This destination will challenge all but the most extreme adventurer. Yakutia is known as the Kingdom of Permafrost with winter temperatures dropping down to -50 °C (-58°F). The village of Oymyakon is rightly considered to be the Pole of Cold. On 6 February 1933, a temperature of −67.7 °C (−89.9 °F) was recorded at Oymyakon’s weather station. This is the coldest officially recorded temperature in the Northern Hemisphere!

If you are missing the snow when spring comes around, then go to Yakutia where it’s still thawing out – a mere 30 °C below, that’s -38°F ☺ But the cold is not the only remarkable thing about this republic. Solve the riddles of the North at the Lena Pillars Nature Park, UNESCO World Heritage List site. These steep cliffs were formed 500 million years ago, and now they stand as an impregnable wall stretching for over 40 kilometers alongside the banks of the Lena river!

How to get there: by plane from Moscow to Yakutsk (6.5 hours) 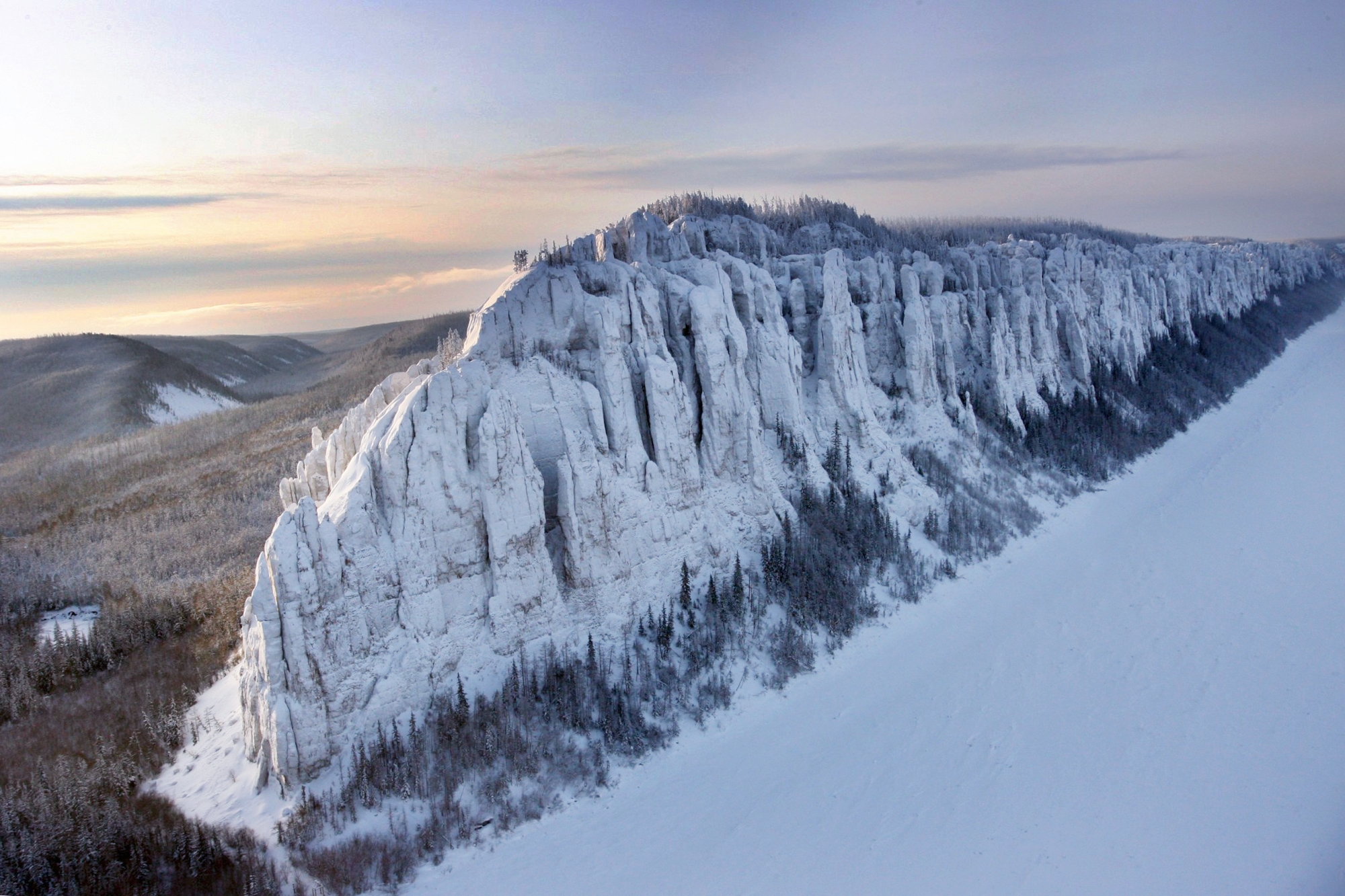